Wisdom of the Elements

About Wisdom of the Elements

The 'King’s Road' Imagine that life was one prefixed path without any possibility to change anything about it. Every event and every reaction to whatever is happening; every thought, emotion, and action would have been predetermined in a script and we are only the actors. In a life without the possibility to choose, we would have acted without the need to make any judgment or purpose. No matter what the result would have been, we would say: “that’s how it is, there was no other possibility”. This life would have been without any responsibility, since we cannot change anything, we are not responsible for anything. In addition, if so, why should we try to influence different events? Why try to make our lives better? Whatever we do does not matter so there is no need to make any effort, everything will only happen, as it was predestined.

Doesn’t that sound reduced as opposed to the complex creation of which we are a part?

In fact, it is much more complex and, without getting any deeper, we will say that whether it a small detail or a significant move, almost without exception, at any given moment, we can choose between several paths.If life would have been only one path, there wouldn’t have been any freedom of choice
And out of those number of paths, there is always one path which, relative to the others, is the better one. If we choose it, our way will be the easiest and most comfortable and easiest way of all. And that is the King’s Road.

The King’s road is not a way that only consists of goodness but rather the best way at any given moment, more than any other road. So why not choose the best road all the time?

Imagine you can choose a path in which you are healthier; a path where you can achieve what is important for you with less effort; a path in which you move your life more easily, manage to get the best. Life is not just one path. These paths really exist, so why not move your life along them? Who or what prevents you from moving along the best way?

The Wisdom of the Elements is a practical world perception, which teaches how to move our lives along the King’s Road by using the 4 languages of movement:
The movement language of the element of Air, Fire, Water, and Earth.


The movement language of the
Fire element

The languages Fire is a way of life which combines the movement languages of the Wisdom of the Elements and thus a conscious cooperation is created with the force, which revives us, with the Creator. This is a life of meaning and satisfaction, in which one can expresses his uniqueness, contribute his share to the wonderful plan of creation, and make the best of it.

The movement language of the
Earth element


The languages Earth is the art of the movement called Tagaya.
It consists of short movement and breathing exercises with a strong and immediate effect.

Practicing Tagaya enhances individual qualities, increases the energy level, and bonds us at once to our great force of life.


The movement language of the
Water element


The languages Water consists of the Seals. These are symbols that only by observing them they change the state of consciousness.

When you want to get out of a blocked situation, improve an existing situation, recover or fulfill important goals, you use the Seals and you get the power and the ability to change and move forward.

The movement language of the
Air element


The languages Air is a deep wisdom, which comes from the book 'Abir Ya'akov'. The book deals with the secrets of creation and with the right way to move our lives.

The air language creates a conceptual change with the purpose of making our lives better and to help fulfill our destiny. It provides us with practical tools for personal fulfillment and gives true meaning to life. 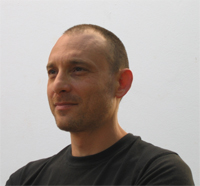 Ohad Azulay, The developer of Wisdom of the Elements.
Researcher and teacher since 1995.
Already when I was a child, I used to disassemble everything; every toy and instrument caught my interest, I had to understand how things worked. I did not know how to explain it, but since I can remember myself, I have always been drawn to the living power that drives things. Over the years I learned a variety of methods and experienced many things. During one of my fasting and solitude journeys in the desert, I discovered that which I had always been looking. At first the Tagaya exercises arrived, quite quickly I started teaching and was amazed at the powerful impact on practitioners time after time. Over the years, the other languages of the movement arrived, in addition to the book 'Abir Ya'akov' which arrived in its entirety within three months and then the 'Seals' and the sayings that interpret them. The Wisdom of the Elements was slowly revealed in its entirety and managed to surprise me time after time, with its ability to influence and improve life situations. These were not always easy times, dealing with such powerful materials requires great commitment and acceptance to change. However, I was able to get to know and learn a huge yet tiny part of the secrets of creation and life. I invite everyone to learn and use the Wisdom of the Elements to improve their lives, to understand your important role, to receive meaning and satisfaction and to move along the King’s Road.

The Wisdom of the Elements speaks the movement language of the elements:

The movement language of the Air element teaches the secrets of creation and is focused on with the right way to move our lives in order to make our lives better and fulfill our destiny.

The movement language of the Water element consists of the Seals, symbols that change the state of consciousness. With their help, we can receive the power and ability to easily move from one state to another.

The movement language of the Earth element is the art of the movement, called Tagaya. This language consists of movement and breathing exercises which have immediate impact. The exercise improves personal qualities and increases our energy level.

The movement language of the fire element is the unification of all languages into one way of life which gives meaning, a way in which each person acts in conscious cooperation with the Creator's power acting through him, expresses his uniqueness and contributes his share to the wondrous plan of creation

Can the Wisdom of the Elements solve medical problems?
The Wisdom of the Elements can solve medical problems: Using the Seals, the movement language of the water element, for example, can make very significant changes. For example, it can improve our health and lower the sugar or cholesterol levels in our blood from high to normal, easily and without taking medication or having to change eating habits. Using the Tagaya exercises, the movement language of the earth element, the quality of life of CF patients and people who suffer from ADHD can significantly be improved without the need for medication. Serious diseases such as cancer can also be cured.

About Wisdom of the Elements